Knives, fists, and clubs kill 9 times more people in the US than rifles 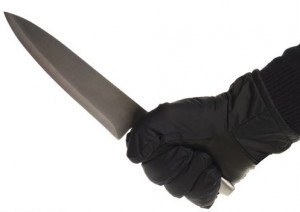 In the midst of the media-inspired frenzy over so-called ‘assault weapons’ comes this tidbit of data from the FBI Uniform Crime Report.

With Nancy Pelosi calling for semi-auto rifles to be treated the same as fully-auto machine guns under the National Firearms Act one would think that there was an epidemic of crime being committed with rifles.

But the FBI data shows that the most common instruments used by humans against one another are the same instruments that the evil elements of mankind have used to commit violence since primates first stood up on two legs and discovered their hands; fists, clubs, and knives.

So the next time that someone asks how you can possibly want to own a device capable of causing death, point out that their fists are far more likely to kill than your AR-15; nine times more in fact.

This entry was posted in Assault Weapons Ban, Crime Statistics. Bookmark the permalink.