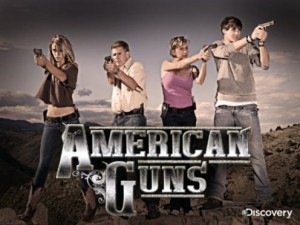 In just two seasons, American Guns has become one of The Discovery Channel’s biggest hits with ratings surging 50% for the second season premiere.

However, as anti-gun forces shrilly attack anything related to positive coverage of the shooting sports following the attack of a madman in Connecticut, the Discovery Channel has apparently decided to distance themselves from the community they once sought as viewers.

Gun owners should remember that the next time they turn on the TV or select a programming package for their home.

This entry was posted in Connecticut, Media Bias. Bookmark the permalink.