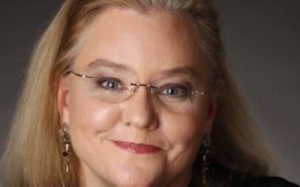 The Dallas Morning News seems to have appointed themselves the official platform for those who oppose open carry in Texas.

Following on the heels of an editorial earlier in the week, Jacquielynn Floyd used her column to bemoan the fact that there can be no “sensible dialog” about guns and then segues into a discussion of Representative Lavender’s proposed open carry bill.

To her credit, she does say that she doesn’t believe that “there’s a lot of harm” in passage of open carry but then goes on to state that “The dopey argument that more guns in more hands will somehow ‘prevent crime’ is specious nonsense because bad guys always have the advantage of being prepared for their own badness.”

Perhaps she should talk to the thousands on Texas citizens who have been protected from assault, rape, and murder by the presence of a lawfully owned firearm before making such a broad, unsupportable generalization.

Let her know your opinion at The Dallas Morning News.