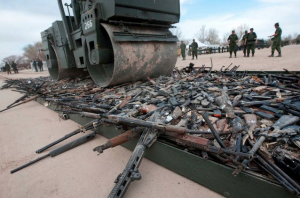 Last Monday a “divided Senate Judiciary Committee on Monday narrowly approved a Democratic bill expanding required federal background checks for nearly all gun [transfers and not just] purchases . . . by 10-8, supported by all Democrats and opposed by every Republican.” But now a broad coalition of 37 gun rights groups from across the United States has stood up to stop the bill.

Calling themselves the Coalition Against Universal Background Checks, these groups, normally focused on state legislation and elections, are poised to enter the fray with all their “grass roots” blazing to stop what they view as a “prior restraint” which will: destroy gun shows, and cost gun owners over $1.04 billion per year.