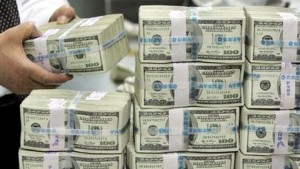 According to the federal Bureau of Alcohol, Tobacco, and Firearms (ATF), “there have been 16,808,538 applications in 2012 so far to the end of November.” Based on these numbers, any implementation of “universal background checks” could cost Americans over a billion dollars per year.

Estimating the amount of the proposed universal background check cost, or what some see as a “tax” on their rights, requires a little math. Considering that only a small fraction of gun purchase applications are denied by the National Instant Check System (NICS), while a larger number of applications would pertain to purchases of multiple firearms, the ATF’s 16,808,538 gun purchase application number is a conservative estimate of the number of dealer brokered guns sold in the United States during the first 11 months of 2012.