Elle Magazine: Should I buy a gun? 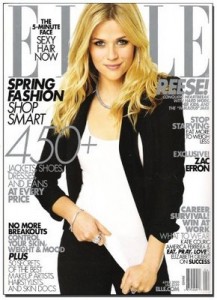 Montana’s tradition of private gun ownership has long included women. Think of petticoated saloon girls tucking tiny derringers into their garter belts, or Calamity Jane, who once called home the small town where I now live. Traditions aside, there are practical reasons why a woman living here might want to own a weapon. Reasons one and two are grizzly bears and rattlesnakes, which you can encounter on a hike. Then, too, the distances between towns are vast in this sparsely populated state, the weather harsh and capricious. I’ve often wondered, If my car broke down in a remote area (there are many places beyond the reach of authorities, other people, or cell phone service) and someone tried to harm me under the pretext of helping, would anyone hear me scream?

The question can trouble me at home, too. Unlike R., my fiancé doesn’t travel much, but when I have spent nights alone in the large commercial building where we live, I’ve looked out at the desolate wintry downtown streets, listened to the wind rattling the windows, and felt utterly exposed, vulnerable. In situations like these, I begin to think that having a gun in easy reach might not be the worst idea.

This entry was posted in Winning The Culture War, Women and Guns. Bookmark the permalink.