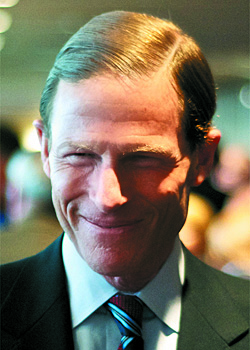 Connecticut Senator Richard Blumenthal has announced that he plans to introduce a bill in the United States Senate to require all purchasers of ammunition to undergo a background check.

Gun owners should consider stockpiling ammunition and reloading supplies now as I suspect this will not be the only attempt to impose gun control through limiting the supply of ammunition.

This entry was posted in Connecticut, Limiting Ammo, Reloading. Bookmark the permalink.