This is an article I wrote for US News & World Report.  This is the second time that they have asked me to write an open carry opinion piece and I was very honored by the opportunity. – John Pierce, Co-Founder OpenCarry.org 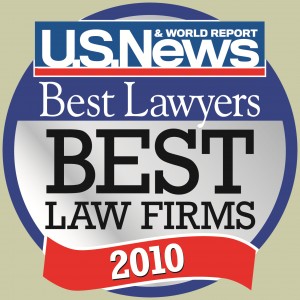 The phrase “open carry” refers to the act of law-abiding citizens carrying a properly holstered handgun in plain sight, wherever it is legal to do so, as they go about their daily lives. This includes such mundane tasks as driving to work, walking the dog, grabbing a cup of coffee at Starbucks, or buying a book at Barnes & Noble. Those who choose open carry are just going about their business while armed, just as do the 6 million-plus Americans who hold concealed-carry permits. The only difference—open carriers have taken their jackets off.

In fact, in the majority of states, any law-abiding citizen who is not otherwise prohibited by law from possessing a firearm may openly carry a loaded handgun with no license or permit required. In the majority of these 29 states, this right is based upon state constitutional provisions. And while anti-gun activists often argue that the prefatory clause of the Second Amendment to the U.S. Constitution brings the intent of the framers into question, the history, tradition, and practice of law-abiding citizens peacefully bearing arms is spelled out time and time again in state constitutional provisions whose interpretation is clear.

In an additional 14 states, citizens who hold a state-issued carry permit may carry openly or concealed as they see fit. It is of particular import that in these states, the legislatures crafted their carry statutes in such a way as to avoid requiring concealment of the firearms thus carried. If open carry were the public safety issue that anti-gun activists proclaim it to be, it is hard to imagine 14 separate legislatures actively passing legislation enabling the practice. It is also illustrative to note that the majority of these carry statutes have been passed within the last several decades. This demonstrates that such legislative thought is not an anachronism, as often claimed by those who are anti-gun. Rather, such carry statutes reflect a modern, individual-rights focus that finds open carry appropriate when balancing the personal protection interests of its citizens with the state’s interest in ordered liberty.

In attempting to discredit open carry, anti-gun activists often like to ask the question, “How do I know that the person openly carrying is in fact a law-abiding citizen and not a criminal?” While this is an attempt to imply that anyone who lawfully carries a firearm is a potential criminal, thankfully there is an authoritative answer available. The 2006 FBI study “Violent Encounters: A Study of Felonious Assaults on Our Nation’s Law Enforcement Officers” by Anthony Pinizzotto revealed that criminals carefully conceal their firearms, and they eschew the use of holsters. In layman’s terms, this report tells us that, statistically speaking, citizens who are openly wearing a properly holstered handgun and are willing to subject themselves to the intense public and law enforcement scrutiny that open carry brings with it are not criminals.

But with open carry legal in some form in 43 states, and with the practice becoming increasingly common, it is not surprising that citizens unfamiliar with the practice might have questions when they first see a neighbor carrying openly. And these questions are often directed to local law enforcement. One of our key missions at OpenCarry.org is to serve as an educational resource for citizens and law enforcement alike when such questions arise in order to insure that interactions between citizens and law enforcement respect both the rights of the citizen and the difficult job being performed by the officer. Interestingly, the increasing normality of open carry has helped to ensure that law enforcement officers across the country have been educated about its legality, rendering such encounters infrequent.

So is open carry right for America? The answer is an unequivocal “yes!” Already present in the vast majority of states, the increasing popularity of the open-carry movement is a visible symbol that the right to bear arms remains a vital, core right of American citizens.

This entry was posted in Open Carry, Winning The Culture War. Bookmark the permalink.